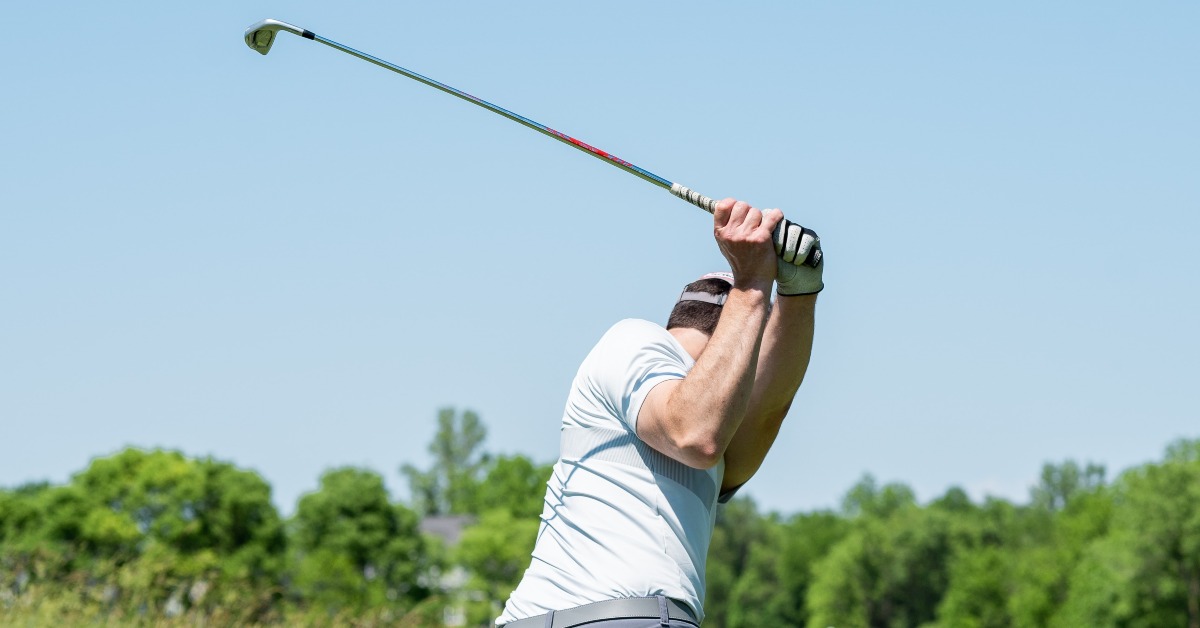 The Prettiest Golf Swings of All Time

The perfect golf swing is art in motion. Smooth yet powerful. Quick yet controlled. Gentle yet ferocious. And like any great art form, no two swings are the same. Each person brings their own unique twist to the same basic principles. They take what is in their favor and max it out to full effect.

Passionate golf enthusiasts have been graced with some truly tremendous golf swings over the years, generation to generation. A pretty golf swing is one of the many areas that really makes a professional golfer stand out from everybody else who picks up a club.

Learning the game on a golf simulator at XGolf is a fantastic way to learn the game and improve your swing without the pressure of actually getting out on the course before you’re ready. At XGolf, with the best golf simulator in the world, you don’t have to worry about the pace of play and there are real-time metrics that you can get on an actual course or driving range without expensive tracking equipment.

At the XGolf Grand Junction golf simulator, you can practice year-round — no matter the weather — play courses from around the world, and even sign up for golf lessons from a PGA professional!

XGolf Grand Junction appreciates a beautiful golf swing as much as the next golf fan, so why not put together a list of the prettiest golf swings of all time?

If you’re going to discuss the prettiest golf swings of all time, there is really no better place to start than with the legendary Ben Hogan. There is basically no swing in the history of golf more talked about, emulated, or revered than Hogan’s. His swing was “on plane” as swings experts today would say back in an era when nobody knew what “on plane” even meant. He won nine majors thanks to incredible ball striking (despite missing 20 due to WWII and time away after a terrible car accident nearly left him crippled for life). Hogan’s swing was equal parts power, grace, and beauty. So in a word — perfection.

Female golfers often don’t receive enough credit for their technical proficiency in a golf swing. Because women see fewer media coverage and television broadcasts, golf enthusiasts don’t get the chance to know their great swings. This is true of LPGA legend Mickey Wright. Yet, Ben Hogan himself said the best swing in golf was that of Mickey Wright. Her swing was simple, by being exceptionally balanced and rhythmic. Her ball-striking was so amazing, her peers said she hit a 2 iron equally to a man, which in the 1950s wasn’t something you heard very often.

Tiger Woods has famously reconstructed his swing several times over the years, sometimes due to injury as his back and knees suffered significant damage in recent years, and other times because he is simply fanatical about his game. But most agree Tiger’s swing under coach Butch Harmon in the early 2000s (2000 in particular) was one of the best golf swings ever and perhaps the most dominant of any era as he shattered records and changed the game as people know it. Tiger’s ball-striking was flawless and he manhandled courses across the globe, forcing historic venues to literally change the design and length to even put up a fight. Tiger’s swing became the archetype for the modern golfer, which you can surely see any Sunday today among the game’s best players, who as kids dreamed of being the next Tiger Woods.

One of the Tiger Woods disciples is Adam Scott. The Australian major champion is widely regarded to have one of the best swings (if not the best) in golf today and is worth mentioning as one of the prettiest of all time. Scott’s swing draws comparisons to 2000 Tiger Woods and is full of grace with power and precision. His ball-striking has notably saved Scott from frequent trouble with his putter, which has routinely been his one weakness. Now, that’s saying something.

If Ben Hogan has the most fundamentally sound and perfect swing in golf, then Sam Snead may very well have the prettiest swing in all of golf history. Snead’s swing is often referred to as “sweet” and if you’ve ever seen it, you’d know why. A one-piece takeaway, powerful coil, and perfect wrist and clubface alignment result in unquestionably one of the most memorable golf swings of all time. Snead won 82 PGA Tour events thanks to that swing — the most ever.

You don’t earn the nickname “The Machine” lightly. But Gene “The Machine” Littler garnered the title because of his rhythmical, smooth, and repeatable swing that led people to think he must be a machine to manufacture the same swing over and over. Littler played on the PGA Tour for more than 20 years, racking up wins along the way due to quality and remarkable consistency — something the game of golf rarely permits.

We certainly couldn’t include a list of all-time golfers without the Golden Bear, Jack Nicklaus, the most accomplished golfer of all time. Nicklaus won the most majors ever and that is thanks in large part to his exceptional, one-of-a-kind swing. Unlike Tiger Woods, Nicklaus’ swing never really changed as he plowed his way to a record 18 major victories.

Proving that anyone with the right talent and commitment can build a great swing, Steve Ballesteros famously had one arm that was longer than the other. His right arm was longer than his left, but he used it to his advantage. Ballesteros was silky smooth with an early turn of his upper body before exploding into the ball with a tremendous drive of his lower body. His game was worth soaking in, both off the tee and around the greens.

Payne Stewart was more than just flashy clothes. Well known for his knickers and knee-high socks, Stewart was a prime example of a nearly flawless golf swing. Some even considered him to be the modern era’s Sam Snead. Stewart’s swing was buttery smooth and effortless, a perfect model for what the great Bobby Jones once described as a “freewheeling” swing through impact. Stewart won 11 PGA Tour events and three major championships, the last at the 1999 U.S. Open, which came just four months before his tragic death in a plane crash at 42 years old.

Capping off XGolf Grand Junction’s list of the prettiest golf swings of all time is the seemingly ageless Fred Couples. Good ol’ Freddy Couples is 59 years old now and still peppers the ball around the golf course at will. Mr. Cool, as he’s known, has a beautiful, long flowing swing with great rhythm and the appearance of very little effort. Couples is a former world No. 1 player, won the 1992 Masters and two Players Championships, and continues to be a consistent force on the Champions Tour.