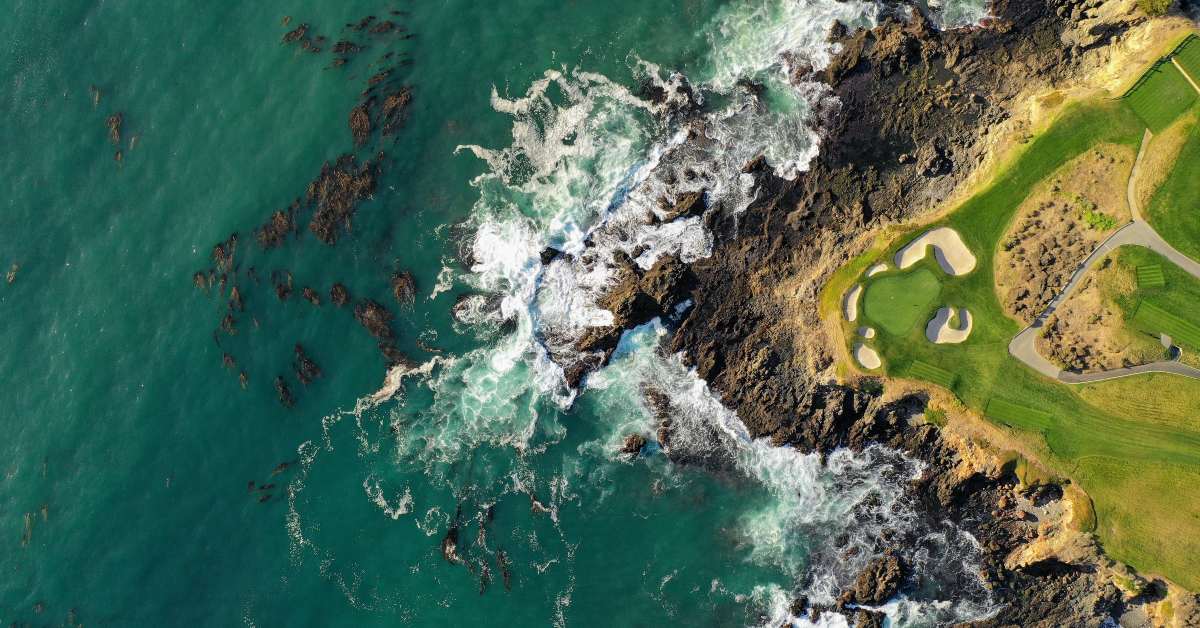 5 Greatest Golf Courses in the World

One of the coolest things about the golf simulator at XGolf Grand Junction is the ability to play some of the most famous and greatest courses in the world. And let’s face it, most of these you’ll likely never step foot on in person.

But thanks to our unparalleled golf simulation technology, playing these great golf courses is still amazing even in a virtual setting. Plus, there’s not waiting for the group in front of you or the gigantic price tag many of these courses would come with.

Here are our humble rankings of the five greatest golf courses in the world!

Nestled in the shadow of the beautiful Mountains of Mourne along the Irish sea rests Royal County Down in Newcastle, Northern Ireland. The rolling, windblown green landscape paints the backdrop to golf’s prehistoric days where links golf ruled the day, the course being more than 120 years old.

Perhaps not as famous as some of its European cousins, Royal County Down is unquestionably one of the most picturesque golf courses in the world and certainly worth a trip by any avid golf enthusiast looking to hear the calls of golf’s ancient history rattle in their bones.

One of the oldest and most historic golf courses in the U.S. (some consider it the oldest, dating back to 1891), Shinnecock has remained largely unchanged for the better part of 50 years after several major redesigns in the early 20th century.

Built in the image of golf’s Godfather course back across the pond, this elder statesman uses the rolling Shinnecock Hills of New York state to carve the scenic green and brown backdrops of a rare, true links-style course in America.

Perhaps the second-most-famous golf course in the U.S., Pebble Beach is truly a wonder to behold as it harnesses the majesty of the California coastline with the ferocity of the swirling sea far below, carving terrifying drop-offs seemingly around nearly every green.

A common host to huge American tournaments like the U.S. Amateur and U.S. Open, Pebble Beach has more than earned its reputation as both a fiercely challenging golf course and an exceptionally beautiful collaboration between man and nature.

This is where it all began. The birthplace of golf and a household name to every player who’s ever picked up a club. Coming to this course located in tiny St. Andrews, Scotland is a pilgrimage for any golfer. The Old Course at St. Andrews is the sport’s Mecca. Those who cross the Swilken Bridge never forget.

Known for its enormous, rolling greens (many of which are shared by multiple holes) and incredibly deep pot bunkers, this course remains a terrifying challenge when the wind whips around — almost as if the founding fathers of golf themselves were blowing from the heavens just to keep the modern giants from dominating their perfect creation.

Here in front of you lies the portal to golf’s greatest beauty. Stroll down Magnolia Lane, aptly named for its arching Magnolia trees lining the path into Augusta National in Augusta, Ga., and you suddenly enter a world seemingly unchanged by time.

The course itself has changed many times over the years to keep its crowned jewel, the Masters tournament, a modern test of professional golf’s elite, yet history is steep in every nook and cranny. Augusta National is the backdrop to many of golf’s greatest moments, its most monumental collapses. Don’t let the unbelievable green and majestically colorful flowers fool you. For anyone who’s rounded Amen Corner has looked up to the sky in search of answers only to find none willing to fall.

XGolf Grand Junction offers an unparalleled level of accuracy and realism to any other golf simulator out there. We use a system of cameras, infrared laser, impact sensors and advanced gaming software to create a virtual golfing experience, unlike anything you’ve ever seen before.