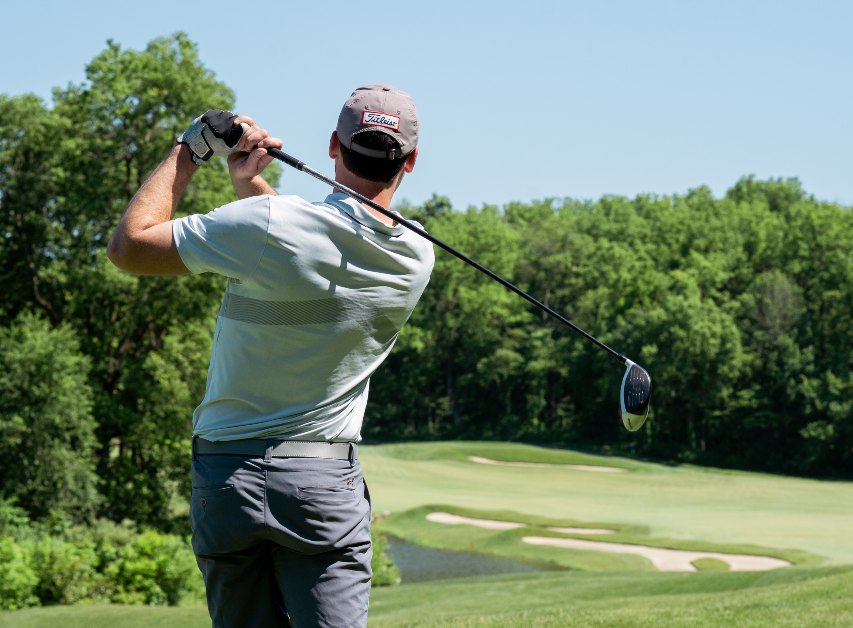 Tips for Avoiding A Hook

Part of the challenge of golf — and what makes the game so frustrating for so many players — is hitting the ball and getting it to go where you intended and the distance you wanted or needed on the golf course.

The number of things that can go wrong in that second is more than you can imagine, which is why even the best golfers in the world constantly tinker with their swings, work relentlessly with coaches, and still have days where it doesn’t quite come together.

For the amateur golfer, bad days with their swing look a whole lot worse. Two of the primary problems casual golfers struggle with are slices and hooks. Perhaps as many people don’t suffer from a habitual hook as a slice, but it is still an issue that plagues plenty of players, potentially keeping them from obtaining a strong handicap — and maybe even scratch golf!

Practicing your game on a golf simulator at XGolf is a fantastic way to improve your swing without the pressure of actually chasing errant shots all over the course. At XGolf, with the best golf simulator in the world, you don’t have to worry about the pace of play and there are real-time metrics that you can get on an actual course or driving range without expensive tracking equipment.

At the XGolf Grand Junction golf simulator, you can practice year-round — no matter the weather — play courses from around the world, and even sign up for golf lessons from a PGA professional!

Today’s post will focus on hooks, what causes a hook out on the golf course, and some tips for avoiding and correcting a hook from your game. You’ll want to get that hook straightened out so you can start playing your best golf ever!

What is a Hook?

In order to even begin correcting a hook golf shot, it’s first important to get on the same page and define what a hook is. For a right-handed golfer, a hook shot is one that starts to the right of the intended target and curves aggressively from right to left through the air, finishing well left of the intended target. So, essentially, a hook is the opposite, exaggerated ball flight to a slice, which goes from left to right.

What Causes a Hook?

Like any golf swing and issues with errant shots, there are several factors at play causing the shot, and a hook is no different. Diagnosing the exact reason you hit a hook can likely only be pinpointed under the watchful eye of a club pro or swing instructor, but the following are the most common causes of a hook. Chances are, you’re doing one or multiple of these things, which can be corrected as you’ll see a little later!

The common denominator in any hook or slice is the spin of the ball. Sidespin can be generated in several ways, but one of the common causes for sidespin and a resulting hook is an inside-out swing. Hooks create a counterclockwise spin on the ball, which is why it shapes from right to left. When your swing starts inside (on the backswing), your hands tend to “push” the club back away from your body (on the downswing), causing the clubface to strike the ball from inside-out, generating counterclockwise spin. So, because the clubface is striking the ball from the inside-out, the ball starts right of the target, the spin takes hold in the air and the ball aggressively curves right to left and lands well left of the intended target.

A closed clubface on a hook can seem counterintuitive and difficult to understand at first. If the clubface is closed, how am I hitting the ball right? This is usually because a closed clubface combines with an inside-out swing. For a ball to have lots of sidespin, the clubface is anything but square at impact. As you take your swing back, the clubface is closed relative to the club path through the backswing and downswing, but the clubface then opens at impact. The only way this happens is from an inside-out swing because your hands are naturally reacting to the feeling of taking the swing back severely inside and “pushing” away from your body. It’s important to remember that an inside-out swing path contributes to a hook, but clubface angle at impact is far and away the No. 1 factor as to where your ball starts out and ends up.

A poor grip is so often a great place to start when diagnosing the cause of any errant golf shot. While the grip seems like a simple enough thing, it can have a multitude of rippling effects throughout your swing. A poor grip can involve the top hand, bottom hand, or even both. The key with a sound grip is for it to allow your hands to return to their starting position at address by the time you impact the ball.

Tips to Stop Hooking the Ball

So you now have a much firmer understanding of what a hook golf shot is and the primary causes of a hook shot. But you’re probably wondering now, how do I correct and rid myself of that dreaded hook? Well, as you might have guessed, you’ll need to do things that correct the issues mentioned above. However, identifying the problem is the first and necessary step to fixing any issue, so that understanding will greatly impact your ability to fix your hook!

As you’ve probably gathered from earlier, the angle of your clubface at impact is without question the No. 1 factor causing you to hook the ball and should be your primary focus when it comes to correcting it. The reason professional golfers and shape their shots for a draw (which is the controlled, intended version of your hook) is because they maintain an inside-out swing but obtain a square clubface at impact.

Just a 2-5 degree change in clubface angle at impact can correct your hook and is much easier to adjust than completely reworking your swing plane. Focus on keeping a square clubface at address and maintain that through the swing to keep it square at impact. Minor adjustments can be made at address if you can’t keep it square all the way through. On the range, open the clubface a few degrees and take your normal swing until you consistently find a square impact and resulting on-target draw!

This can be another simple area to correct your hook. Most players who hook the ball have a grip that is too strong, so try moving to a slightly weaker grip. A strong grip can cause the clubface to close relative to the swing path, so softening the grip can help alleviate that and assist you in returning to a square clubface at impact. Ideally, you should see two knuckles on your left hand at address.

Work On Your Release

If your grip is solid and a hook persists, you’ll want to focus on your release through the impact of the ball. Your arms and hands are likely flipping the clubface over through impact, creating that significant counterclockwise spin. If your follow-through sees your hands and clubface crossed over and pointing almost toward the ground, you’re creating tons of sidespin. Focus on correcting your follow-through so your hands and arms are in their original position and the clubface is pointing up toward the sky.

Of the many tips for beginning to casual golfers, setup and alignment rank near the very top. A poor set up or alignment can lead to a host of issues, a hook being one of them. Most golfers who hook the ball tend to have a closed stance. Move to a squared stance at address to reduce the effects and causes of a severe inside-out swing path. You want your feet to create a line parallel to that of the ball and the target. Think of it like rails on a train track.