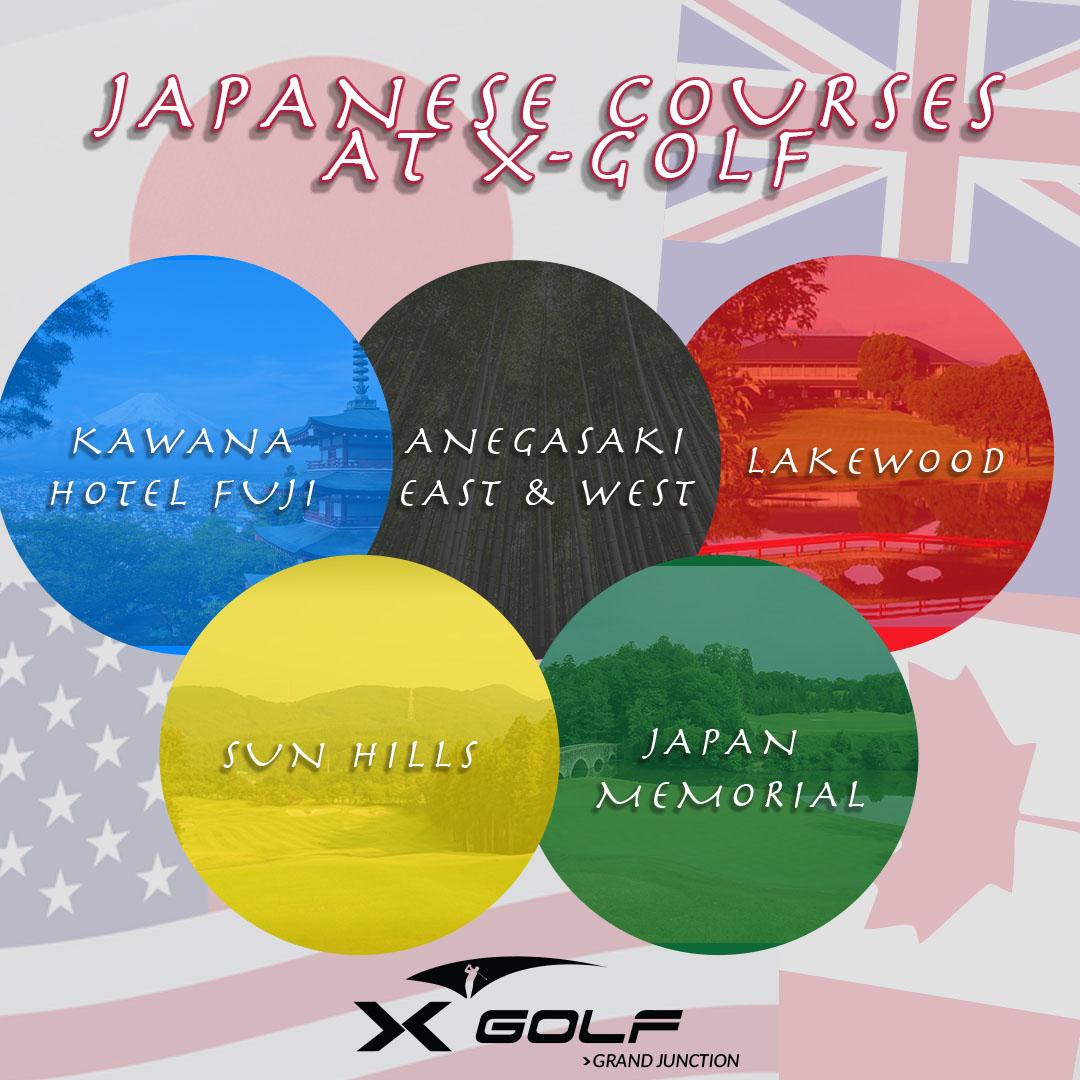 5 Japanese Golf Courses You Can Play at X-Golf

Kasumigaseki is about an hour outside of Tokyo. The course opened in 1929 making it one of Japan’s oldest. This is a stark difference from Olympic Golf Course that was built specifically for the 2016 games.

Japans own and reigning Master’s champion Hideki Matsyuama is one of the favorites to win the Gold Medal. Matsyuama has won two tournaments at Kasumigaseki (2009 Japan Junior and 2010 Asia-Pacific Amateur). The 2010 win at Kasumigaseki got him into the 2011 Masters field in which he was the low amateur.

Here are a few other facts about Kasumigaseki Country Club

On X-Golf simulators we give players the ability to tee it up on courses all over the world. X-Golf features over 20 courses from both Japan & Korea.

We chose five specifically from the country of Japan to highlight below:

Named after the iconic mountain in Japan, the Fuji course at Kawana Hotel is one of the best courses X-Golf has to offer. This course is often regarded as Japan’s Pebble Beach and is a top 100 course in the World!

With breathtaking views of the Pacific Ocean from the cliff tops, sunken fairways and plateaued greens this course offers a good challenge. There is plenty of thick forest throughout the course which means keeping tee shots in play is critical.

The greens at Fuji are undulated and staying below the hole will help with birdie opportunities.

Designed by Jack Nickalaus and carries with it some of his signature designs. Doglegs, forced carries and relatively small greens await you at Japan Memorial

This is a fun course and although it is under 6700 yards from the blue tees, it plays longer with the dog legs and forced carries. Hole #9 is an excellent example. The par 4 does not require driver off the tee for bigger hitters, but players must clear water all the way to the green.  Holes 13, 16 & 17 require similar approaches. The greens at Japan Memorial are about average in terms of slope and difficulty, but it is always good to stay below the hole.

Sunhills was designed by famous course designer Robert Trent Jones Jr. It is a course that can be taken advantage of with good play off the tee. It is a relatively short course at 6545 from the blue tees. The front nine has a few holes played around a body of water. If players can keep their ball dry through these holes low scores are attainable.

The back nine has one of the shortest par 5s at only 467 yards from the blue tees. The greens at Sunhills are above average in size and average on slope. Close approach shots will lead to plenty of birdies. This is a fun course that all skill levels can enjoy!

X-Golf offers all 36 holes at Anegasaki Country Club in Japan. The East Course has become a stage for multiple tournaments in japan including the Dunlop Open, Kanto Open and Mitsuno Golf Tournament.

These two courses feel like resort style courses here in the States.

The east course has narrow fairways but a lot of the rough filters the ball back to the fairways making it more forgiving off the tee. Two of the par 3s have water and only one par 4 has water. Keep the ball out of the trees and low scores are reachable

Similar to the West course in that it rolls through dense Japanese forest. Similar to the East Course balls are funneled back into the fairway by the rough on either side. All of the Par 5’s are reachable in two shots other than hole #11. The Par 5 16th is laid out nicely for players with a right-to-left ball flight and will set up for an eagle with a good drive

The East Course at Lakewood is the shortest course available at X-Golf, measuring just 6148 from the blue tees.

It has narrow fairways throughout but the rough is forgiving and there isn’t a lot of trouble to get into. Com,bine the length and the lack of trouble and Lakewood is one of the easiest courses to play at X-Golf. There is plenty of undulation on the courses as well with multiple par 4s reachable off the tee. This is a great course for amateur and beginner players.